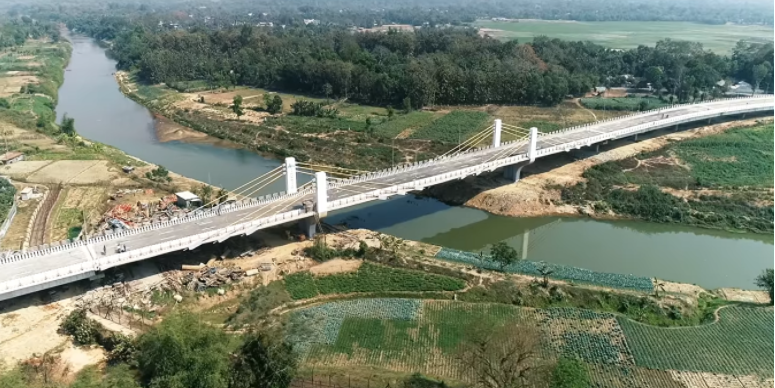 The bridge between India and Bangladesh, Maitri Setu in Tripura, was inaugurated by Prime Minister Narendra Modi through video conferencing.

The 1.9 Km long bridge joins Sabroom in India with Ramgarh in Bangladesh. The bridge has been built over the Feni river, which flows between the Indian boundary in Tripura and Bangladesh.

The bridge's foundation stone was officially laid by Narendra Modi and Bangladesh Prime Minister Sheikh Hasina in June 2015. The construction was taken up by the National Highways and Infrastructure Development Corporation Ltd at a cost of Rs 133 crore. The bridge will enable the transport of heavy machines and goods to North East India through Bangladesh.

The region is being developed as a trade corridor between Northeast India and Bangladesh. The construction cost of the bridge and the approach roads to it in both Bangladesh and India have been borne by India.

Modi also inaugurated and laid the foundation stone of multiple infrastructure projects in Tripura. The Prime Minister cited the HIRA development in Tripura, which includes Highways, i-ways, Railways and Airways for Tripura.

The government is planning to connect the Chittagong port of Bangladesh with the North East through an alternative route via the river. Modi said the Integrated Check Post (ICP) in Sabroom would work as a logistic hub with warehouses and container transshipment facilities. The Maitri bridge over the Feni River in Agartala is the nearest city to an international seaport in India.

Foundation stone for projects related to the broadening of NH-08 and NH-208 have been laid too. 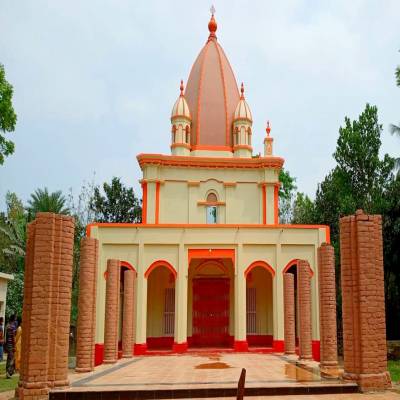 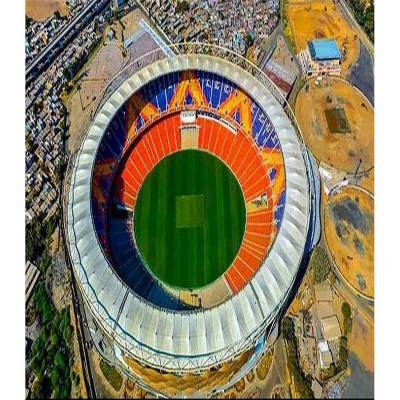