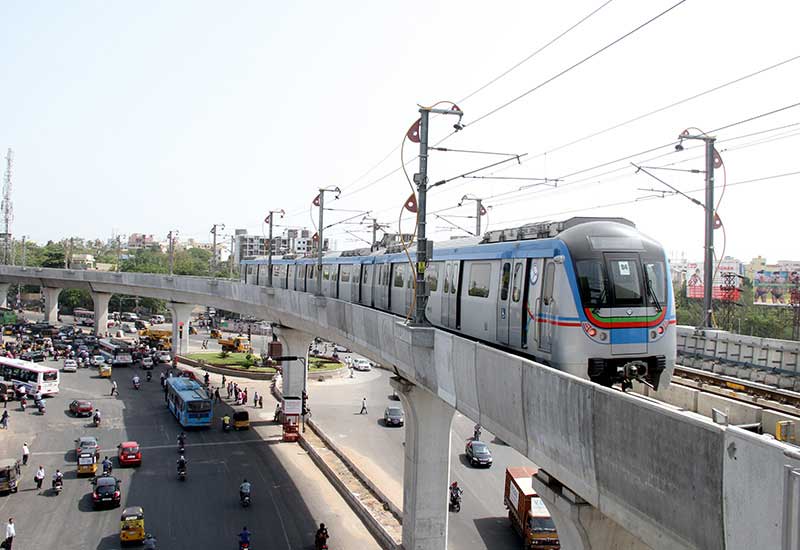 The Telangana government plans to construct the Metro Neo project, covering up a distance of 15.5 km, joining Hanamkonda, Warangal, and Kazipet.

Maha Metro has made a Detailed Project Report (DPR) for Metro Neo and submitted it to the Telangana government for approval.

According to the annual report of the Department of Municipal Administration and Urban Development for 2020-21, the finalisation of a blend of at-grade (7.1 km) and elevated system (8.4 km) alignment, consists of 21 stations connecting Warangal and Kazipet railway stations through Hanamkonda.

To keep speed with the rapid development in Warangal, a Metro Rail Transit has been considered necessary. Maha Metro was appointed to prepare a DPR consequently as the Metro-Neo project was proposed.

The outline of the project on the KPHB-Financial District-Kokapet corridor is in the Public-Private Partnership (PPP) form.

The government also has plans to get an Elevated Bus Rapid Transit System (Metro Neo) project in Hyderabad.

As per the report, the Hyderabad Metropolitan Development Authority (HMDA) has taken up the construction of the skywalk at two locations in Hyderabad: Mehdipatnam and Uppal. The skyways, expected to cost Rs 61.80 crore, are targeted to build by the November end.

The HMDA also offered to take up the development of Eco-Park at Kothwalguda near Himayatsagar, an area of 85 acres. The park would include an aviary, an aquatic bird park, butterfly park, amphitheatre, rural huts, food courts, sculpture park, mountain biking tracks, etc. To develop the old city and reduce traffic, a total of 15 new bridges and check dams for Rs 8 crore are being planned on the Musi river.

According to the action plan for 2021-22, a total of 49 works under 15 packages are to be taken up with an expected cost of Rs 858.32 crore under Strategic Nala Development Programme (SNDP) throughout 2021-22. This is to ensure proper drainage/surplus water flow in Hyderabad urban agglomeration, particularly during the rainy season.

Vegetarian and non-vegetarian markets and ‘vaikuntadhamams’ (cremation grounds) in each Urban Regional Bodies, costing Rs 700 crore, are proposed to be completed during the year.

The report informs that Telangana is number one in India for implementing PM SVANidhi, a central scheme to support street vendors. A total of Rs 347 crore as loans were approved for 3,47,006 street vendors during 2020-21.

Chennai Central, Egmore station redevelopment is yet to start