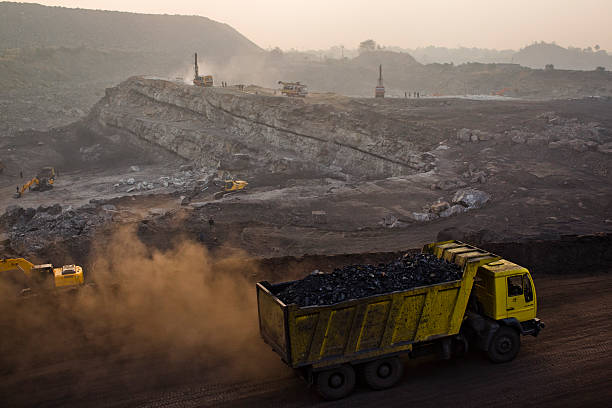 More than 500 non-coal mineral blocks, partially or minimally explored under current leases, but are entangled in legacy issues and litigation, will be available for allocation, as the Union Cabinet has approved a proposal to amend the relevant law for their re-allocations through competitive bidding.

The mining sector will get a boost from the Cabinet's decision to do away with end-use restrictions for miners. Those having captive leases will be allowed to sell the minerals in the open market.

Sources said the Cabinet also gave the nod for reallocation of several non-producing blocks of the state-run companies, a move that could also interest the private players as many of these blocks have abundant proven resources.

The moves are in sync with the National Mineral Policy, which aims to increase the domestic production of non-coal, non-fuel minerals by 200% in seven years with greater private sector participation.

The leases stuck in disputes and legacy issues have failed to start production even after a 5-year window given under the Mines and Minerals (Development and Regulation) Act in 2015. The rescinding of the relevant sections of the Act will bring these leases back in the hands of the state for prompt reallocation, as per sources. The current holders of these leases will be compensated for exploration expenditure incurred by them, by dipping into the funds under the National Mineral Exploration Trust (NMET).

Mineral-potential areas will be put to auction offering seamless prospecting licence-cum mining leases. This will add to the certainty of tenure and come in handy for potential investors with deep pockets and appetite for long-gestation projects.

While the distinction between captive and non-captive mines will be removed, captive miners will likely augment production for sale in the open market, boosting supplies in the country. This also means that the preference to 'captive' users will go and, instead, all mines will be available for anyone, including commercial miners. Captive mines will be allowed to sell up to 50% of the minerals excavated.

The sources added that as in the coal sector, it is proposed to provide 50% rebate in the quoted revenue share for non-coal mineral leaseholders, for the quantity of mineral produced and dispatched earlier than the scheduled date of production. Further, the Cabinet has also cleared the industry's long-pending demand for waiver of charges for transferring mineral concessions for non-auctioned captive mines.

The Cabinet also gave a green signal for introducing an index-based mechanism by developing a National Mineral Index (NMI) for various statutory payments and others for future auctions. At present, the average sale price (ASP) is the basis for calculating various statutory payments, which is subject to distortions due to the absence of sale price data for some minerals, differences in prices across states, etc.