Ashwin Sheth Group, one of Mumbai’s leading real-estate developers, plans to expand its commercial and retail portfolio by foraying into newer geographies outside Mumbai. On Thursday, January 9, 2020, Chintan Sheth, Director, Ashwin Sheth Group, announced the company’s plan to foray into other cities of India, which includes a combination of Tier-I and Tier-II cities.

Going forward, Ashwin Sheth Group will focus on all the three segments of residential, commercial and retail.

To begin with, the company has announced the launch of a new commercial project – Cnergy Thane (MahaRERA No: P51700023047), at Thane’s Platinum Belt, next to Viviana Mall. Adjacent to the planned commercial project, the group already has its residential and retail projects such as Sheth Zuri, Sheth Avalon, Sheth Vasant Lawns, and Viviana Mall.

Earlier this decade, the company had successfully developed a luxury Grade-A commercial office space tower at Prabhadevi in Mumbai by the same name, Cnergy.

Cnergy Thane is strategically located, intelligently designed and will be equipped with technology driven facilities. This latest commercial landmark has been meticulously planned with the same vision behind iconic Cnergy Prabhadevi. With a cumulative office space of over 2 lakh sq ft, with office sizes starting from 550 sq ft to an entire floor of around 10,000 sq ft, this Grade A commercial tower will offer spaces to start-ups as well as corporate and multi-national companies.

Detailing about company’s capital expenditure plans, Sheth said, “In order to expand the company to more than double its present size, about Rs 20 billion will be invested in the next five years to create a healthy mix of housing, commercial and retail segments. The plan will help in the company build a portfolio of Rs 100 billion, from the present Rs 40 billion.

Established in 1986, Sheth Group, an Ashwin Sheth initiative, is one of the leading real estate developers in the country, with an identity rooted in unique designs infused with contemporary thinking. Since its inception, the group has delivered some of the finest residential, IT, retail and township projects in India and abroad, through resourceful planning, unwavering focus on quality and customer-oriented designs. 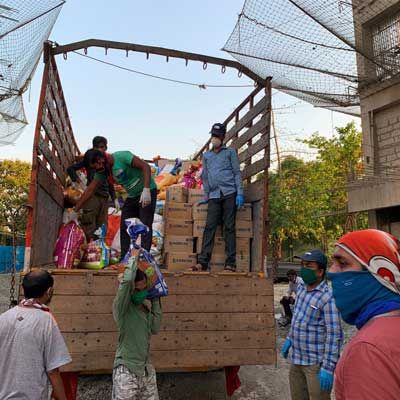