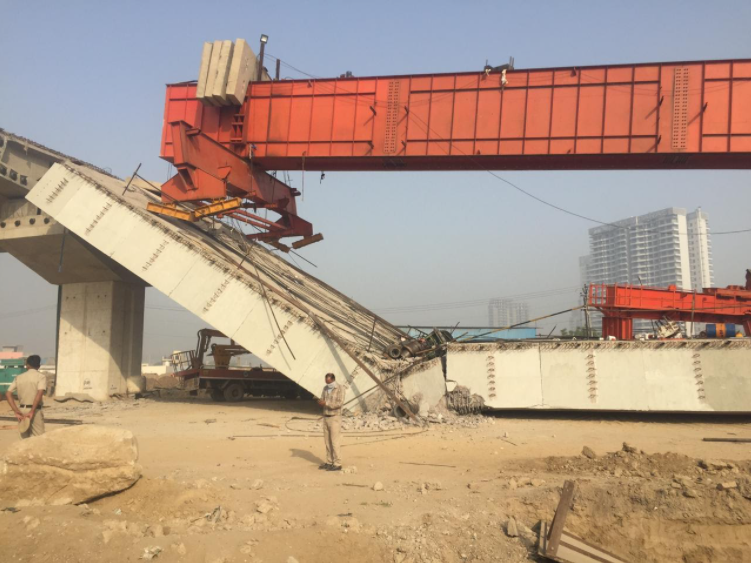 The National Highways Authority of India (NHAI) suspended key personnel of construction major Larsen and Toubro (L&T) and supervision consultant AECOM after a part of an under-construction elevated road on the Dwarka Expressway collapsed.

NHAI told the media that the personnel was suspended pending the outcome of an investigation by an expert committee being constituted to probe the incident.

Three workers were reportedly injured when a portion of the under-construction elevated road on the Dwarka Expressway collapsed.

The highways authority said pending the outcome of the investigation by the committee, it suspended the concerned key personnel of the contractor M/s L&T and supervision consultant M/s AECOM have been suspended as per Standard Operating Procedure (SOP) of NHAI.

NHAI said the accident site is being secured with necessary precautions taken to prevent any further damages.

The mishap occurred in Gurgaon where the under erection span and adjoining span (between pier no 107-108 and pier no 108-109) of the under-construction flyover of package-3 Dwarka Expressway collapsed.

Earlier, a team of officials from the NHAI, including the regional officer and the project director, also visited the site.

Minister of Road and Transport and Highways Nitin Gadkari had visited the expressway to inspect the progress of the 30 km project, which is being constructed at a cost of Rs 10,000 crore.