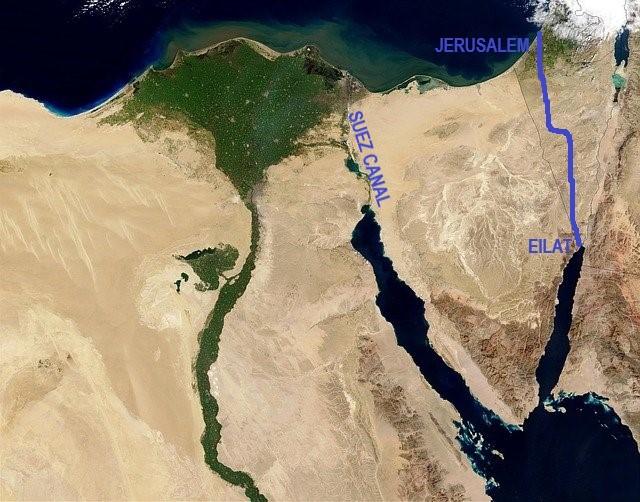 Talks about an alternative to the Suez Canal are ongoing, after more than 400 vessels were left stranded at either end of the canal after the 400 m container ship Ever Given ran aground leading to the blockage on March 23.

Eilat is a southern Israeli port and resort town on the Red Sea, near Jordan. In 2012, the Israeli cabinet voted to construct a railway line in Eilat to provide passenger and freight service, but subsequent studies showed that the project was not economically feasible, and the project had to be shelved. An article in the Haaretz suggests that in the aftermath of the unprecedented crisis caused on the Suez Canal by the Ever Given, this would be a good time to revive the project.

Instead of turning left at the north end of the Red Sea to pass through the canal, oceangoing vessels could veer right up the Gulf of Eilat, unload their cargo to adjacent trains for shipment to Ashdod or Haifa ports, and then reload it onto ships bound for Europe.

Shippers would save Suez Canal fees that can come to hundreds of thousands of dollars, and Israel would collect a fee for moving goods between its ports.

However, the reason for shelving the project is that it was found economically unviable and infeasible. A 2013 study by Professor Eran Feitelson and the late Professor Moshe Givoni found that Eilat Port could not be expanded enough to justify the cost of a railway line without creating major environmental damage.

President of the Israel Chamber of Shipping Yoram Sebbah has rejected the idea of using the railway line. Israel's ports are already operating at capacity and can't accept more vessels without creating long lines. Today, Eilat serves mainly as a port of entry for imported vehicles from East Asia for the Israeli market.

In the 1950s and 60s, when Egypt closed the Suez Canal to Israeli traffic, Eilat had played an important strategic role. A declassified memorandum reveals that the US planned in 1963 to create an alternative to the Suez Canal via nearly 260 km through the desert. 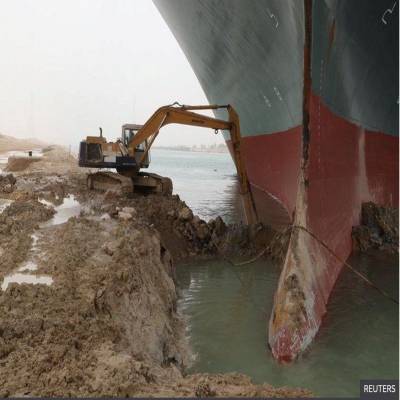 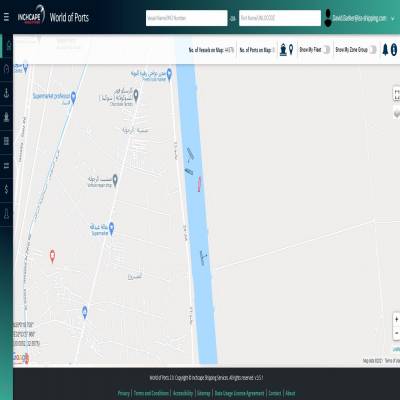 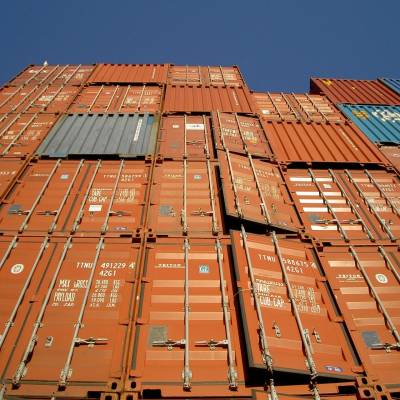