The year 2012 brought a ray of hope for the Indian hospitality industry following rise in foreign tourist arrivals and domestic travellers in large numbers. The industry reeled under a downturn for almost two years before. Meanwhile, a slew of leading global hospitality chains announced big plans for India during the year.

Leading the pack was the InterContinental Hotels Group that has set a target of opening 150 hotels across India by 2020. Not to be left behind, US-based Starwood Hotels and Resorts is eyeing managing around 100 hotels in India by 2015. Similarly, the Wyndham Hotel Group is planning to open 35 hotels in India over the next five years.

Among the domestic players, Lalit Suri Hospitality Group announced an investment of nearly Rs 2,200 crore for expansion in luxury and mid-segment hotels in next five years -- both in India and abroad -- as it gears up for global competition. Likewise, the Leela Group made public its intention to set up hotels at Jaipur, Agra and Ashtamudi (Kerala) and Bangalore as part of an ongoing expansion in India. 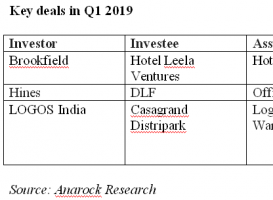 In just the first quarter, PE real-estate investment came close to $1 bn May 2019 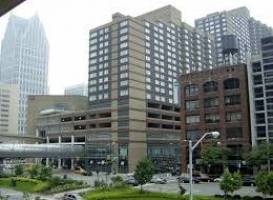 With demand finally outpacing supply, the Indian hospitality industry is on an upswing. The 'India Hospitality Industry Re.. April 2019