Following the untimely demise of her husband Amit Gupta in 2008, Anasuya Gupta stepped forward to don the mantle of leadership at CICO Technologies. “The single most important factor that motivated me was that 200 families directly depended on my ability to run this organisation,” she says. “Also, the fact that the founder had a vision, which was yet to be accomplished, goaded me on.” Educated in Kolkata, Gupta completed her schooling from Loreto House and graduated with honours from St Xavier’s College; she also completed her B Ed from Loreto College. Today, she is committed to leading CICO from the front; under her stew- ardship, the company received the prestigious Total Quality Management Award in Berlin in 2009. Also, in the fourth year of her tenure as managing director, the organisation is well positioned to achieve 16 per cent plus growth in sales revenue from when she took over. In 2011, Gupta was award- ed the Indian Business Leadership Award by the Indian Economic Development & Research Association (IEDRA) and she was recently honoured with the ‘Outstanding Women Contribution in the Construction and Infrastructure Industry’. In conversation with SHRIYAL SETHUMADHAVAN, Anasuya Gupta, Chairperson and Managing Director, CICO Technologies, traces her journey with the company, the challenges faced and strategies that paved the way forward...

How has your journey been with CICO?

When we started CICO Technologies in 2000 from the family business, we manufactured under tents on a piece of land in Gurgaon. We just had two logos – CICO and Tapecrete – and a group of dedicated people who dreamt of making a difference to the construction world. And today, we are still on the journey with five manufacturing units, five offices, a large network of distributors and valuable acquisitions. With an employee strength of 200, we have three broad divisions: retail, which is over-the-counter sales; project, where we supply materials to units; and contract, where both supply and application work are done. Today, I oversee every aspect of the business along with a capable team of business leaders.

When you took over the leadership, what were the initial challenges you faced?

The fact that I came from a completely non-business background was a challenge. I had no technical knowledge and zero involvement in any operational aspect. I was unaware about the market dynamics. There were roadblocks from financial institutions and a huge set of legal challenges that came from competition.

As you were already involved with the organisation for some time before the transition, what were the changes in your role for which you had to prepare yourself?

Initially, I supported Amit in converting a family-run business into a more professionally-run one. My job was more people-centric. Otherwise professionally, I was a qualified teacher and then a homemaker. From this aspect, I suddenly saw myself leading a sort of a third- generation enterprise. You have also played a key role in formulating and implementing HR policies for the organisation. Can you touch upon these? Strong policies already existed. But my aim was to ensure a synergy between the old and new. The company itself was going through its own internal turmoil of restructuring, which could have an impact on the existing hostile external environment. My aim was to put our people through a homely work environment where they would connect with each other on a personal level. If they are aligned and know the company’s future and what the leaders want for the organisation, it helps them to be part of the journey.

Was there any particular reason for restructuring the company?

In a family-run business, it often happens that as the third generation steps in, two business leaders think differ- ently. Something similar happened here; we were on two different journeys; so restructuring became prudent.

You have successfully handled corporate relations, cus- tomer relationship management and internal and external communication. What was your approach?

Being oneself and allowing one’s inner beliefs and val- ues to translate into work are signs of a winner. There are really no shortcuts to success and no compensation for high energy levels. If one can inculcate the right spirit and align business leaders to the vision of the entrepreneur, that works.

As you said earlier, you are building on Amit Gupta's vision. Can you highlight his vision along with the dimensions you are adding to it?

Amit was an amalgamation of technical, financial and HR expertise. His dream was an organization that would be a purposeful household name. Today, I am trying to achieve this, but by making it more process and systems-driven. My aim is to give it a more structured approach.

What will this involve?

Today, we have upgraded all our IT systems and added to the existing HR policies. Initially, when I stepped in, there were no strict processes and policies; it was more manually- driven. But today the system speaks for itself. We do not need manual intervention for these systems and processes; that’s a big change that has occurred in CICO.

Under your leadership, the company has added over 20 large customers. How has your experience been with them?

Our customers have all been very proactive and forth- coming. The reputation of the brand CICO and Tapecrete has opened many doors for us. Within India, our customers include NTPC, NHAI, CPWD and PWD. We are also doing a lot of work for THDC, Gurgaon Rapid Metro and NHPC.

How do you view the market for constructions chemicals in India?

If we are really poised at a GDP growth between 5.9 per cent and 6.1 per cent – or 6.7 per cent as CRISIL sug- gests – it is of utmost importance for infrastructure to grow. And here, construction chemicals play an imperative role in increasing durability and adding to the life of structures. Once roads and power projects grow, there is a lot for the construction chemicals industry to do.

What are your plans for CICO in the near future?

Internationally, we are already operating in Bangladesh, Nepal and Sri Lanka. I would like to consolidate our position in these areas and then move towards Southeast Asia. As for India, we plan to introduce more products.

How do you balance work with your personal life?

Both my staff at work and family are very supportive; that makes it easy for me. I’m a mother of two. Initially, I had to spend a lot of time at work as that was new to me. Today, my children are very keen on being a part of CICO. However, they first need to be qualified and get some experience. Then, if there is a place in this company for them, they will definitely be part of it.

Tell us about any recent professional achievements.

We had a partner, UK-based Venture Capital, who had 45 per cent ownership in CICO when I took over. However, in the past few years, we have actually had a buyback of all our shares; this has been one of the company’s biggest achievements.

What’s your message to women in the industry?

It is important to be very disciplined and structured in your mind. If you decide to do something, just do it and face the consequences. So, if stepping into the construction field is your choice, take the pros and cons within your stride and give it your best! 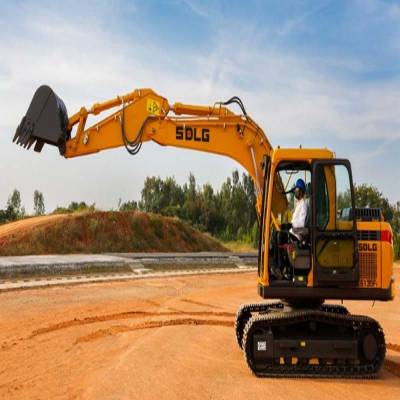 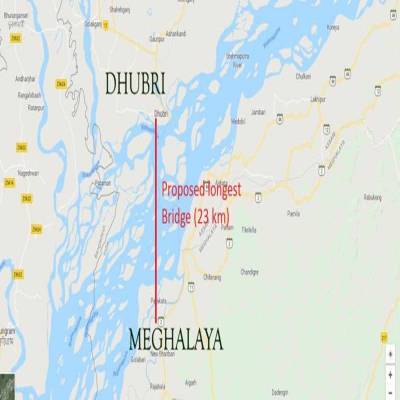 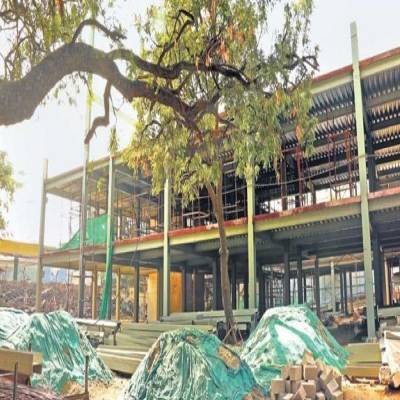