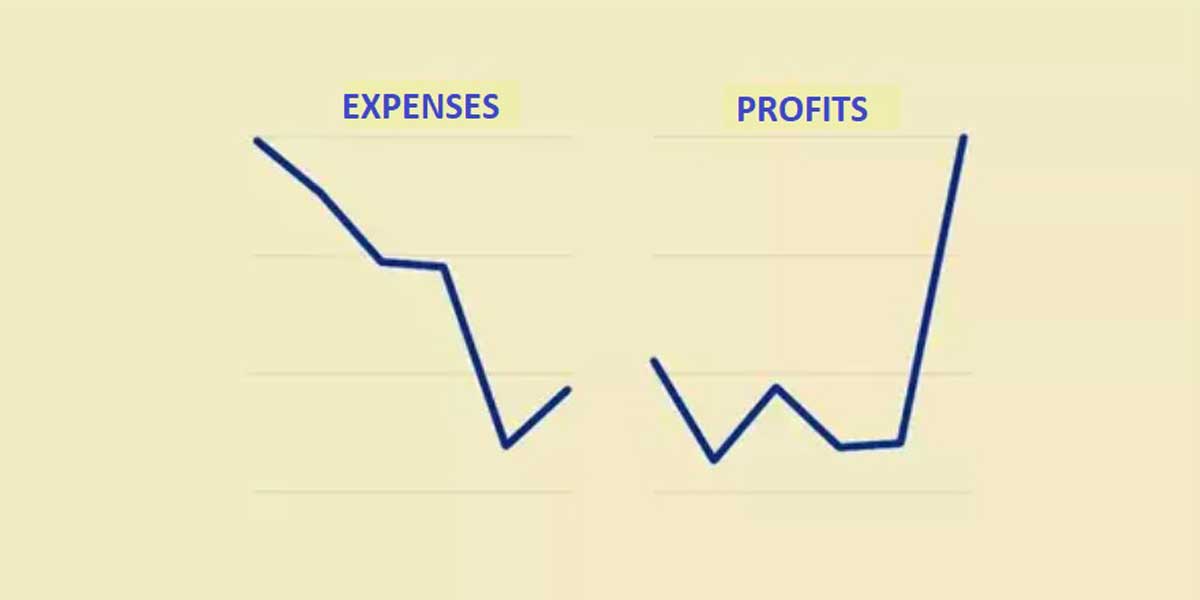 Will profits growth of over 30% in Q2 sustain?

Large companies are cornering bigger market shares. Their turnovers are rising at the cost of other declining turnovers of smaller and medium-sized firms. Consolidation is likely as either the companies will sell out or clients will agree to pay a higher price and reach out to the bigger brand and more trusted company in virtually every sector.

The economy has shrunk by 7.5% in the second quarter against a 23.9% contraction in the first quarter, signalling that business reopening has had a positive impact. Now RBI’sGovernor is projecting a contraction of 7.5% for FY 2021 against previous estimates of acontraction of 9.5%.

The construction sector has sprung back from the first quarter’s debacle of 50.3% to a contraction of 8.6%. The laggard sectors continue to be hospitality, transport, trade, among others.

On an aggregate basis, 50% of the net profits of corporate India are being delivered by just 50 companies.

An analysis by BusinessLine shows that aggregate revenues for 3,827 non-financial listed companies declined by 7% this quarter compared to a 34% contraction in April-June. Operating profit margins expanded by four percentage points and net profits of these companies grew 31% in Q2, after an 80% decline in lockdown disrupted Q1 FY21.

Surprise, surprise? As lockdown began, corporate India spun into action, and on the back of benign input costs, managed savings in travel and overheads and cut advertising expenses. As interest rates cut many companies even resorted to cutting debt. Companies took advantage of the new tax regime and saw a lower outgo. Here is what contributed to the bottomline buoyancy:


Just scratching beneath the surface, we find that the quarter’s profits harvest (YoY) was reaped by:

Many of the ‘lockdown’ benefits will get withdrawn like moratorium, salary cuts will get restored, operations will require rehiring, building material rates have shot up, festivities will be over, and so going forward the road to profitability will not drive through any further cost cutting measures but acceleration of growth.

Demand needs to come back. Private consumption which is the driver of the economy (accounting for 58% of the GDP) witnessed a contraction in growth of (-) 11.32% in growth rates in Q2 FY21 from year ago (6.4%). As per Care Ratings, on the capex side, the expenditure by the Central Government was relatively slower with 40% of the budgeted amount being spent compared with 55% last year. For revenue expenditure it was also slightly lower at 50% compared with 53% last year. Hence there has been prioritization in expenditures across ministries to keep overall expenditure under check considering that the revenue flows have been much lower on account of the lockdown which affected tax collections quite sharply. Significant cut down in spending has also been seen in the Ministry of Roads, Transport & Highways which spent only 50% of the budgeted expenditure until September 30 against last year’s 62%. On the revenue side out of the Rs 22.46 trillion of non-debt revenue, only 25% has been garnered as against 40% last year during the first 6 months. The shortfall of 15% is around Rs 3.36 trillion. Last year too there was not much movement on disinvestment and that would be another challenge in the next 5 months. While GST collections have been good in October, a lot depends on the sustainability of the same.

Also read: We are in the final stages of mining reforms: Pralhad Joshi