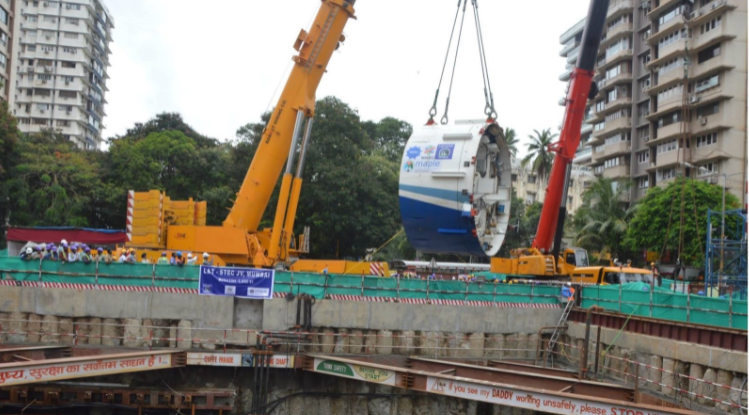 Package-1 has achieved 100% tunneling with this as the 5.8-km-long tunnel from Cuffe Parade to CSMT Metro Station is now completed. Package-1 consists of Cuffe Parade, Vidhan Bhavan, Churchgate, and Hutatma Chowk Metro stations.

According to the MMRC, The Robbins’ TBM Surya-1 has finished its final upline drive of 557 m from Hutatma Chowk to CSMT Metro Station in 149 days utilising 405 concrete rings. The complete tunneling scope of package-1 has been achieved with the completion of the 5.8-km-long tunnel from Cuffe Parade to CSMT Metro Station.

MMRC Managing Director Ranjit Singh Deol told the media that the 100% completion of tunneling work is six out of seven contract packages, covering the entire 33.5 km stretch. Package-1 finished this demanding task, ensuring the safety of the historical buildings in the heritage area.

The overall tunneling achieved on the project is 52 km, which is around 96% of the total project.

Also read: Mumbai Metro 2A, 7 to be fully operational from January 2022